Curtains unfold as techno music plays in the background, and a human-like robot is revealed. The humanoid robot then walks to the front of the stage in an awkward tip-toeing manoeuvre, before waving to the crowd and performing a “raise the roof” kind of hand motion. Clearly, Elon Musk knows how to stay in the news-cycle.

At the recent Tesla AI Day event, Musk unveiled a prototype of its humanoid robot ‘Optimus‘. At the stage exhibit, the robot was only seen walking and waving, while a pre-recorded video showed the robot watering indoor plants. “This robot can actually do much more, we just didn’t want it to fall on its face”, Musk said, in a throwback to 2019’s embarrassing Cybertruck demonstration. In that event, after having claimed that the windows of the truck were “virtually unbreakable”, a metal ball managed to shatter them. “We’ll fix it in post”, Musk said jokingly.

Last August, at the announcement of the humanoid robot, Musk had claimed it was the next logical step from developing self-driving cars. “Our cars are semi-sentient robots on wheels. It kind of makes sense to put that on to a humanoid form.” The object of Tesla’s humanoid project is to create a robot having “human-level hands” and eliminate “dangerous, repetitive, boring tasks”, The Verge quoted Musk.

Humanoids and androids have had a long history of portrayal in popular science fiction and indicate a wider obsession with robots that look and act like humans.

Do Androids Dream of Electric Sheep? by Philip K. Dick follows a bounty hunter who is tasked with “retiring” six escaped androids. The novel heavily influenced the 1982 film Blade Runner and its decades-later sequel Blade Runner 2049. 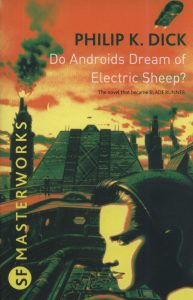 In the popular Star Wars franchise, humanoid C-3PO plays a central character, while also acting as a comic relief. C-3PO is an eager-to-help robot that boasts of being “fluent in over six million forms of communication”.

In the past decades, the depiction of human-like robots has mostly existed in extremes. They have either been used to display how they can help humans in tasks that essentially require a computer or as a threat to the whole of humanity. But in recent times, deeper questions about the personhood of robots and how they might one day form emotional bonds with humans have been asked.

In the 2013 film Her, a writer buys an AI system to help him write, but later falls in love with it. The AI system is only depicted through an Alexa-like voice, but the film poses complicated dilemmas about making AI smarter and more autonomous. 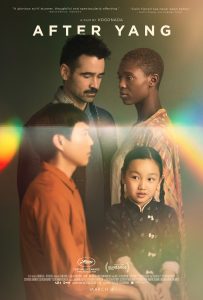 Another recent film, After Yang, tells a story set in near future in which a family’s beloved android breaks down, triggering a search to fix it and reflections about love, loss and connection.

Our Recap of the Ten Best Albums of 2022

With Elon Musk’s Radical Ideas for Twitter, How Much Change Is Too Much?

The Greatest Film Trilogies, According to Reddit and Our Community