“Is it red Iphone?”, questioned clueless Jimmy Fallon. “It’s actually radar phone!”, corrected Taylor Swift in an episode of Tonight Show Starring Jimmy Fallon. The joke that started from guessing the song “Pour some sugar on me” by Def Leppard to discussing how eerie it would’ve been if they actually predicted “red iPhone” in the 80s; turns out, some people did have a pretty accurate vision of the future.

Sashi Tharoor recently tweeted an illustration from 1919, which predicted the future of mobile phones in the present age. The 103-year-old cartoon accurately prophesied the nuisance of phones, about 80 years before it came into reality.

Scarcely believable, but predictions about technology (usually wide off the mark) sometimes were eerily prescient. See this 1919 cartoon, when fixed-line telephones were still rare, which anticipated the mobile phone & the nuisance it could turn out to be 80 years later! pic.twitter.com/FlLaJ5ZKgk

There are many more instances of ancient art being eerily precise about the future.

We’ve rounded out a list of some of the most accurate predictions the past made about us.

A series of postcards from the 1900s created by French Artist Jean-Marc Côté from the year 1899 to 1910 gaze into the future, giving us an idea of how the artist envisioned the year 2000. Fascinatingly, there are many elements that he got right. This particular one shows an automatic cleaning contraption tidying a house, much like a Roomba. Some of them had croquet parties underwater (that we haven’t witnessed yet), one such postcard shows a house on wheels, predicting caravans and life on the road.

Or this America Magazine advert from the 1940s, which envisioned online shopping decades earlier.

And this German publication, which predicted video calling in the 1930s.

Cartoons from the 1940s were quite on-point with their predictions, like this one that divined home food deliveries into existence.

While the glass rooftop is a death trap in this day and age, this art piece from around the 1960s did predict the invention of self-driving cars.

In the 1900s, a German chocolate company took a shot at predicting the 2000s in some hilariously inaccurate illustrations. But they did somehow get the private airplanes and live broadcasting just right. 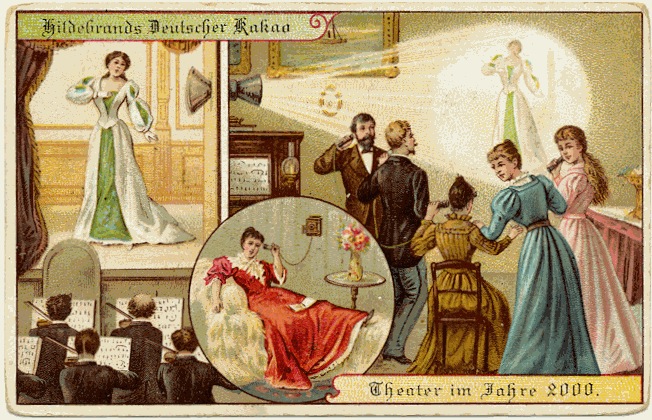 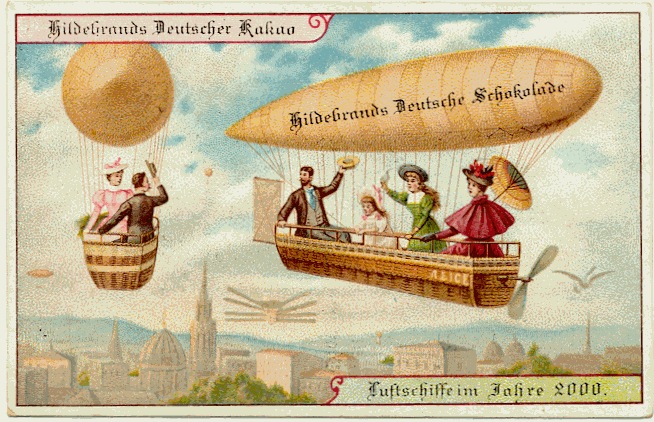 On December 24, 1900, the Boston Globe included an article that imagined what Boston would look like in the year 2000, written by Thomas F. Anderson. The article predicted a lot of things about Boston in the 21st century, but one of the things he got eerily accurate was the moving sidewalks which we most commonly see at the airports.

And lastly, Scoops magazine’s Invention Series from 1934 pondered on the consumption of news in the future which resulted in this illustration. While the concept may differ from reality, they correctly guessed the way in which we consume news on our mobile and laptop screens, just like you’re reading this article! 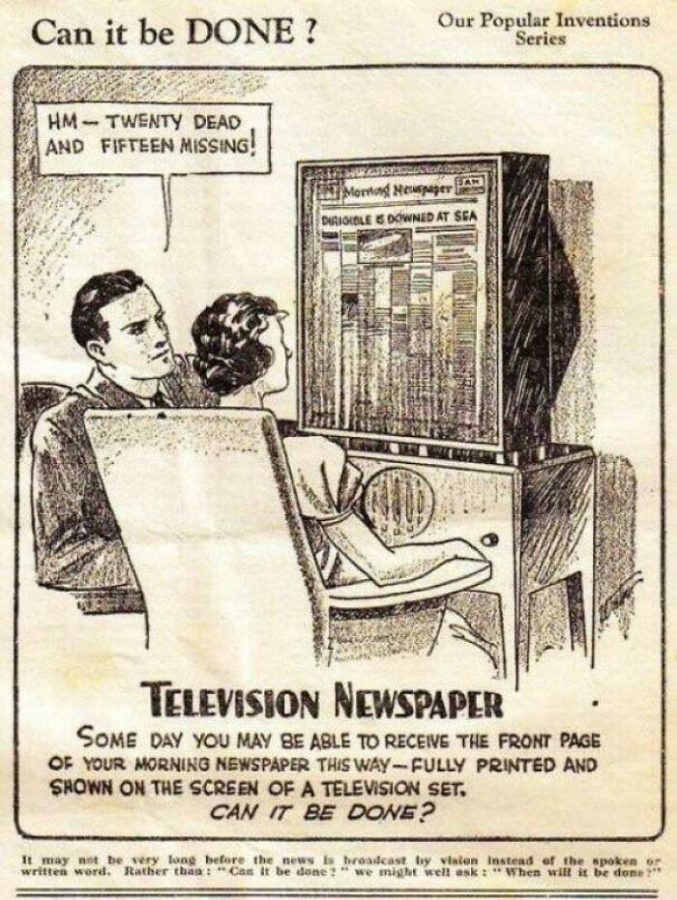 A Parody of Our Times: Anti-Capitalist Banksy Has Artwork Stolen by Fast Fashion Brand